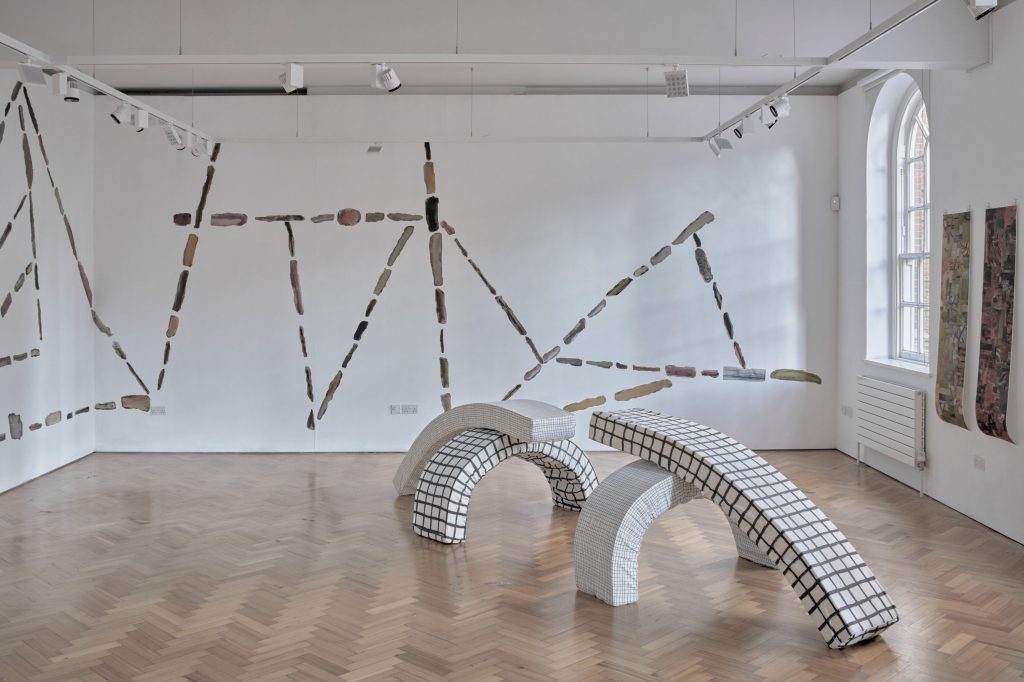 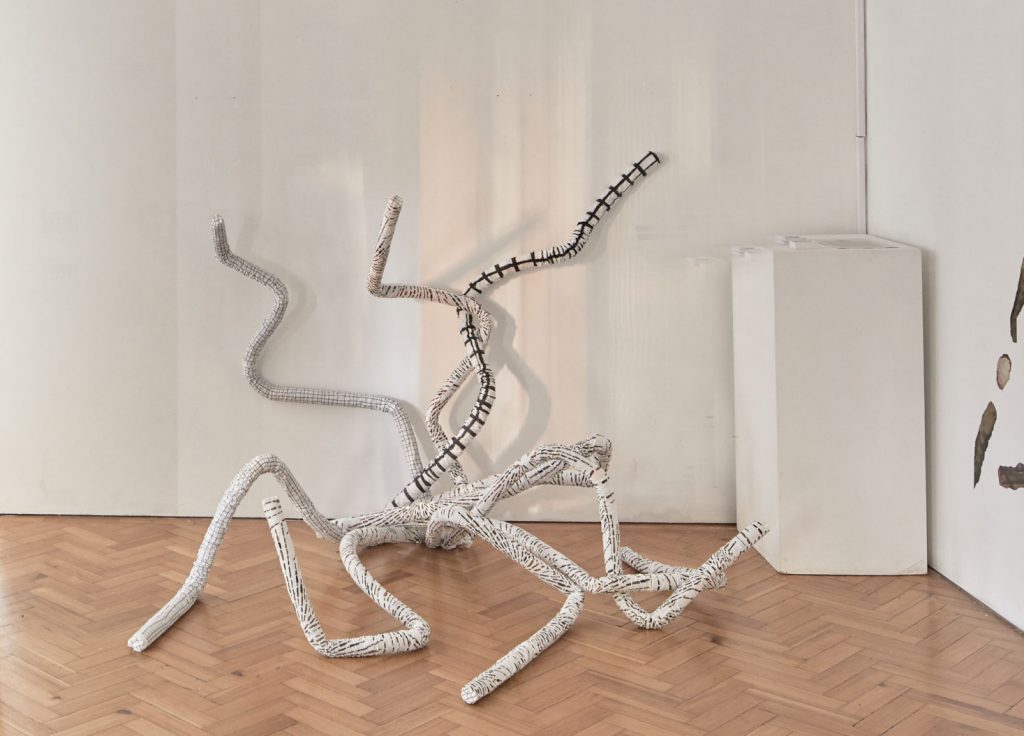 Performance “Get Into Line” (pictures taken from longer performance): 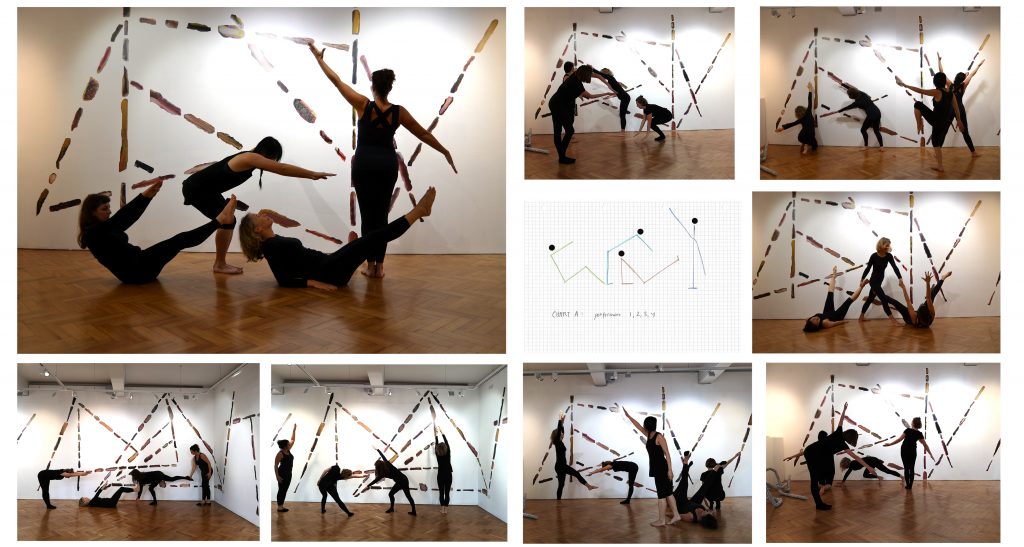 From April to October 2018, I was working on a commission to research the Borough Road Collection (A David Bomberg Legacy – The Sarah Rose Collection) at London South Bank University. The collection holds paintings by the radical teacher and artist David Bomberg and his students in the Borough Group, the project was recorded in a blog found at:   https://www.boroughroadcollectionarchive.com/blog/

Kew Herbarium Art Residency: November – February 2018, I did an art research residency in the Herbarium of Kew Gardens together with artist Maria Lusitano. We recorded our process in a blog at:  kewartresidency.wixsite.com/kewherbariumart 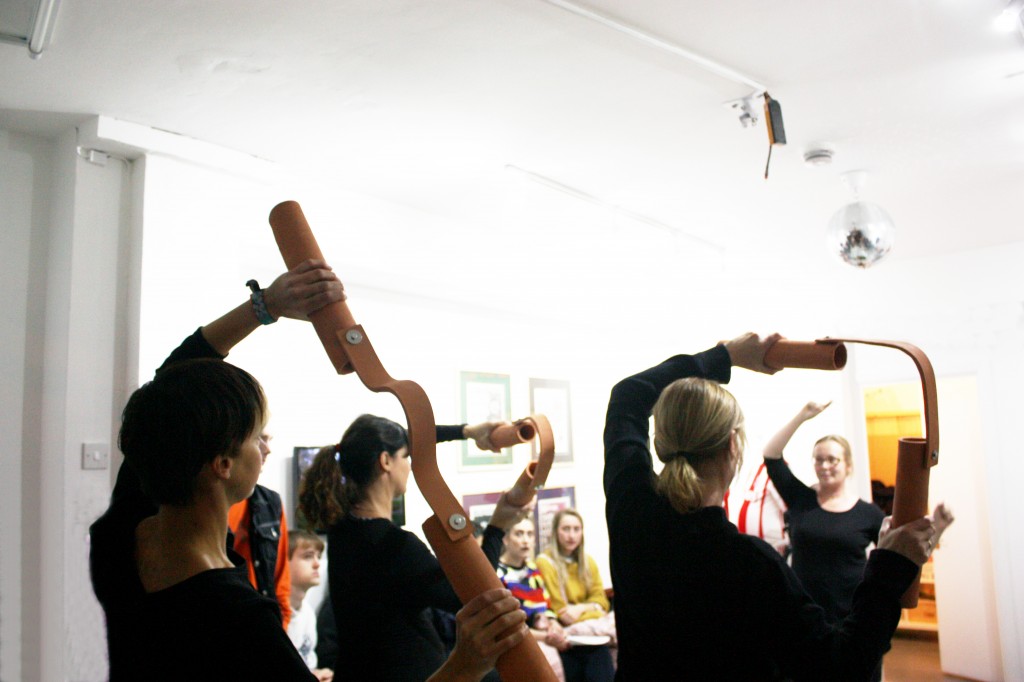 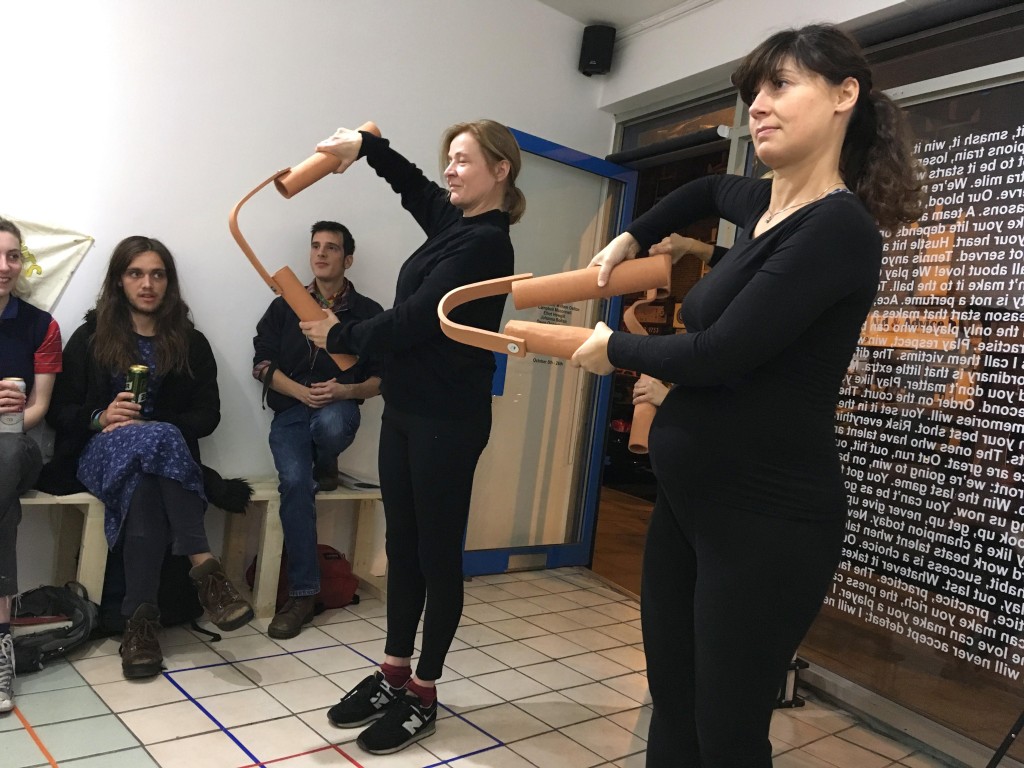 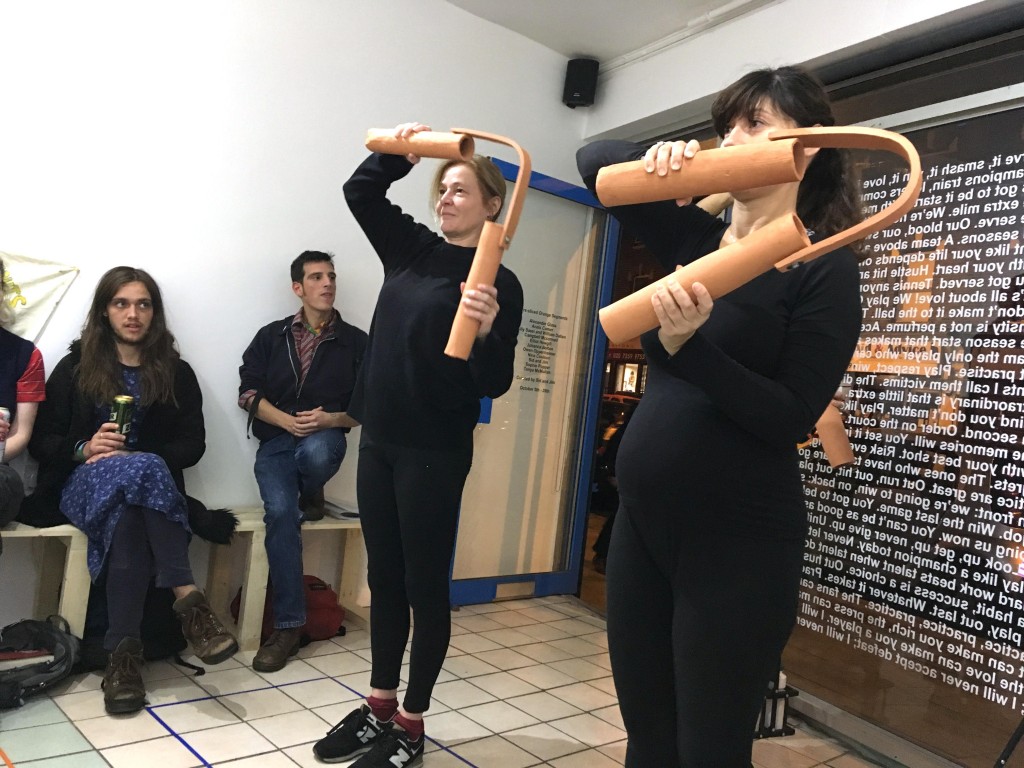 Semi-Semiotic Map (Performative research, Nunnery Gallery 2016) Visitors to Nunnery Gallery were asked to hold an elastic band any way they wanted, and photographed, an investigation of the complexity of something seemingly simple. The resulting 200+ images were arranged in a semi-semiotic arrangement, where shape starts to look like language.

I Twang, performed with AltMFA at ‘RA Burlington Gardens Festival 2016’, and also at ‘Emergency 2017’, the experimental performance festival in Manchester: https://www.johannabolton.com/i-twang/

PREFAB-LAB, Bath Arts Festival 2016 An experimental residency/ exhibition investigating the role of research in fine arts. To the left, a project where I cast elastic band knots (found, made and supplied by visitors) in plaster and arranged them according to an evolution of shape. Right, a Lego-like DIY construction set for making knots; copied sections of hairband knots in reinforced foam with looped ends that can be connected together.

The Observer Effect at Hockney Gallery, RCA. Using the  human form as a carrier of form or as a symbol.